We were recently made aware (thanks to @loic) of ongoing opportunities to receive grants from the EU for work we do focused on open source-- especially in the realm of data portability and interoperability. Unlike some more traditional grants that are in the millions, these ones are much smaller, up to 150,000 Euros or so max per grant.

The most attractive feature for us of these grants is that they can be applied to projects we have already planned to work on and have budget for. They’re intended to reward and encourage continued innovation in the space, especially through open source software. I’m in the process of preparing our first grant, and have picked the Libraries V2 project for it. Libraries V2 is a great project for this as it is heavily tied to reuse and portability-- with the ability to export and import learning content on the roadmap, and decouple it from the structure of courses in some use cases. This, alongside the growing LTI infrastructure around the LMS make it a prime candidate for a grant.

I will be working to keep documentation around what’s happening with the grant process open, and will be updating this thread as things progress. Since this money would be a reward rather than a replacement of existing budget, we can use the money for other projects. One idea that’s being considered is using it as part of funding the core contributor program. I’m actually unfamiliar with the core contributor funding model (I ought to read up on it,) but that sounds cool to me. I’d be curious what else you guys think that money should be used for. As this might not be the only grant we get, it’d be nice to get some priority list going so we can have it in the back of our minds going forward.

The organization within the EU which is running this program is known as Next Generation Internet (NGI). You can read more about it using that website. If you think of any other projects that would be a good candidate for a grant, be sure to let me know!

The organization within the EU which is running this program is known as Next Generation Internet (NGI). 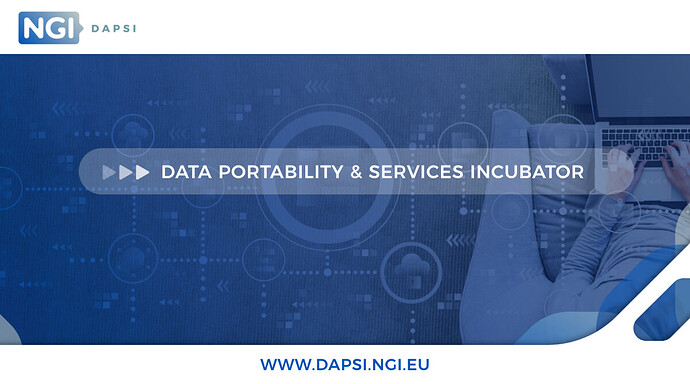 I’ve begun working on this proposal here. As you can see most of the commentary from NGI is still in place, as most sections are not yet written, and we’re a ways away from completion.

What I’ve implemented so far is the context sections-- information on motivations, ideas, objectives, and challenges. @loic if you have a bit, would you be up for reviewing what I’ve written so far?

@Fox as I do not have a Google account I’m not able to look at this document. Although I’d be happy to review the final document once you’re happy with it I’m afraid I won’t have the bandwidth to review early drafts. Would that be ok with you?

@loic Yep, that works for me. Thanks again!

@loic While there are a couple of details I’m waiting for concerning actual timelines (I have some placeholder dates in place in a few places) the content of the grant is ready for your review. I’ve converted it to ODT so you can view it with your favorite open source office software and zipped it so Discourse will allow me to upload it.

For anyone on the team that wants to view and comment on the native Google doc, you can do so here.

Please let me know your thoughts-- and thank you again for your help with this!

@loic Just a ping here. :) Also I’ve revised the document a bit per internal feedback that happened in the interim, so I’ve attached an updated version to this message.
Content Libraries and Editing Grant Application.zip (30.3 KB)

We have been accepted into the NGI program. That means we qualify for initial grant money (which we should receive soon), listing on their website, and a bunch of training that’s been made available to us.

The payments are staged in three parts-- the first we’ll be getting shortly. The second will be given to us-- either in whole or in part, based on us hitting some KPIs, which are yet to be described to us (as far as I know.) If we flunk on the KPIs, the cash will be forfeit. So, we’ll avoid that scenario.

The third payment will be similarly qualified.

The expected weekly time investment working with NGI is anticipated to be around 2 hours per week. This isn’t the best time for this increase in workload, but the payoff is pretty solid for the organization for the level of work required, so I’ll find a way to get it done or make sure someone attends to specific items if I can’t for some reason. I’ll likely work with @gabriel to share some of the workload here and there as we go along.

There are some requests that we begin using some of their logos/links on our website or on the project. So I’ll be looking into that this coming week, likely. We also need to reach out to tCRIL and tell them the news.

Thanks again for pointing us in the right direction, @loic !

Amazing! And kudos for the great work here, @Fox !

Kudos for the great work on this!

Newbie question: Can we use the grant to fund CC tasks?

@giovannicimolin That is the plan, yes.

@Fox Awesome, this is great news.

Indeed, well done getting this done and accepted @Fox !

Today was our first workshop, centered around business training. Our trainer, Farid, went over some pretty big-picture concepts. A few of these included:

There’s a small amount of homework I’ll be submitting on this. Unfortunately, the sessions are not recorded, so I am unable to share them.

I forgot to make a post here from our second session, but here’s a summary from that one:

We built a ‘lean canvas’-- basically a quick business plan that lays out the fundamentals of what we’re doing.

The next week was a follow-up on that-- talking about the value proposition of our project. We needed to answer questions like:

An update-- we’ve had the last two training sessions. The next to last session was on experimentation-- how to design experiments to learn and validate aspects of your business/project, and a lot of encouragement to roll them in early.

Initially I thought that we wouldn’t be able to do last week’s homework in a practical way (the instructions were to ‘run an experiment’ and it would be rather difficult under present conditions) but the instructions were refined/clarified to design an experiment. I wrote up a small experiment that could be used to survey course authors to see if they’re likely to want/use something like BD-14 and submitted this design.

The last week was about pitching. In particular we talked about what a pitch was-- how to tailor it to a specific audience, and common mistakes made in writing pitches. One useful way to think of a pitch is that it’s a quick story, hook, and bullet points designed to get you a follow up meeting. It is not supposed to explain the whole of how your business operates or runs. Thus, it’s more helpful to design your pitch focused on your ‘why’, and some of your ‘what’, but leave the fine details of ‘how’ for those that bite and follow-up.

There was no homework for this final session-- however the pitching information is going to be useful for a later date. We will be required to build a pitch for our next funding checkpoint incorporating the lessons learned.

Congrats @Fox ! I pointed a number of people and organizations in this direction but you’re the only one who actually did the legwork to make it happen. Not a small accomplishment.

There was no homework for this final session-- however the pitching information is going to be useful for a later date. We will be required to build a pitch for our next funding checkpoint incorporating the lessons learned.

FWIW all sessions & homework the project I’m involved with went through are documented publicly at in the forum and can give you a peak into the future. For no good reasons some aspects of the requirements are revealed later, such as the KPI. The reality is that the KPI are already known and set in advance for the most part. I suppose they do not disclose them early because they pretend to work on adapting the KPI to each project. Which they don’t. The lack of understanding / interest of the reviewers is baffling, you’ll see that first hand